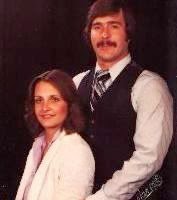 Three adult children. Only one of whom has moved out. I don’t know about you, but when I see the word, “adult” I think old; living under one’s own roof and not the roof of one’s parent; and taking one’s dog with.

Money to burn. Apparently. Case in point: the convertible hot rod sitting in our driveway; granite counter tops in the works; estimates for complete yard redo. Why now? Why not back when we could easily get in and out of said hot rod and actually have the strength to work in the yard?

Dinner, just the two of us, in a fancy schmancy I-talian restaurant. At 4:30 in the afternoon. Also known as The Senior Citizen’s hour. By 6:30 we were fed, home, in our jammies and tucked in for the night watching Batman Begins on HBO even though we have it on DVD.

A whole lot of memories. Only some of which we actually remember. Apparently, we have arrived at the age where we argue over who’s memory is the best. Or, the worst. In any case, we rarely agree on how said past event went down. I only see this getting worse. It’s kind of fun, really…adds a whole new set of memories that never actually happened because he has them all wrong.

Lots of new things to talk about. All medically related. New aches; new pains; bowel and respiratory ailments; who had surgery; who refuses to have surgery, but should.

Expertise. On everything. Just ask…we will tell you.

Thinking we might actually get to retire. Some day. Up until now, retirement has only been a Disney fantasy to dream about, sing about, laugh about. Now? Could actually happen.

Talking about selling the home we have lived in for 20 years. In front of the children. And making it sound like it could happen any day now. Can you say, “panic?” *see the first item on this list for reference*

Lest you think I’ve forgotten, the most important thing thirty-one years has gotten us is A Best Friend Forever. The original BFF. Someone you decided a long, long time ago to love unconditionally; to stick around and make it work; and when you don’t feel like sticking around and making it work you go to your separate corners, regroup, and come back out with a smile.

Because you have totally forgotten what it was that so irritated you in the first place.

Thanks to those of you who have stuck around with us these last thirty plus years. We could not have done it without you.

2 thoughts on “Thirty-one years of Marriage.”